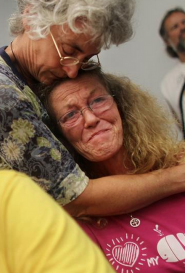 A feature documentary about Dr. Riki Ott, a whistleblower who predicted the Exxon Valdez oil spill hours before it happened. A toxicologist, author, and activist, Riki has been organizing the Gulf coast communities to recover from the BP Deepwater Horizon disaster. She is also helping to spearhead the campaign with Ultimate Civics, one that will introduce a Constitutional amendment to end corporate personhood, and to reform campaign finance and contributions. The film also follows how other citizens have also taken her example–to change and strengthen oil pollution of America’s lands, rivers and coastal waters. This documentary was formally known as “Accidental Activists” but has been changed to “A Concerned Citizen” released in 2019. Visit the A Concerned Citizen: Civics in Action official website

A Concerned Citizen is a